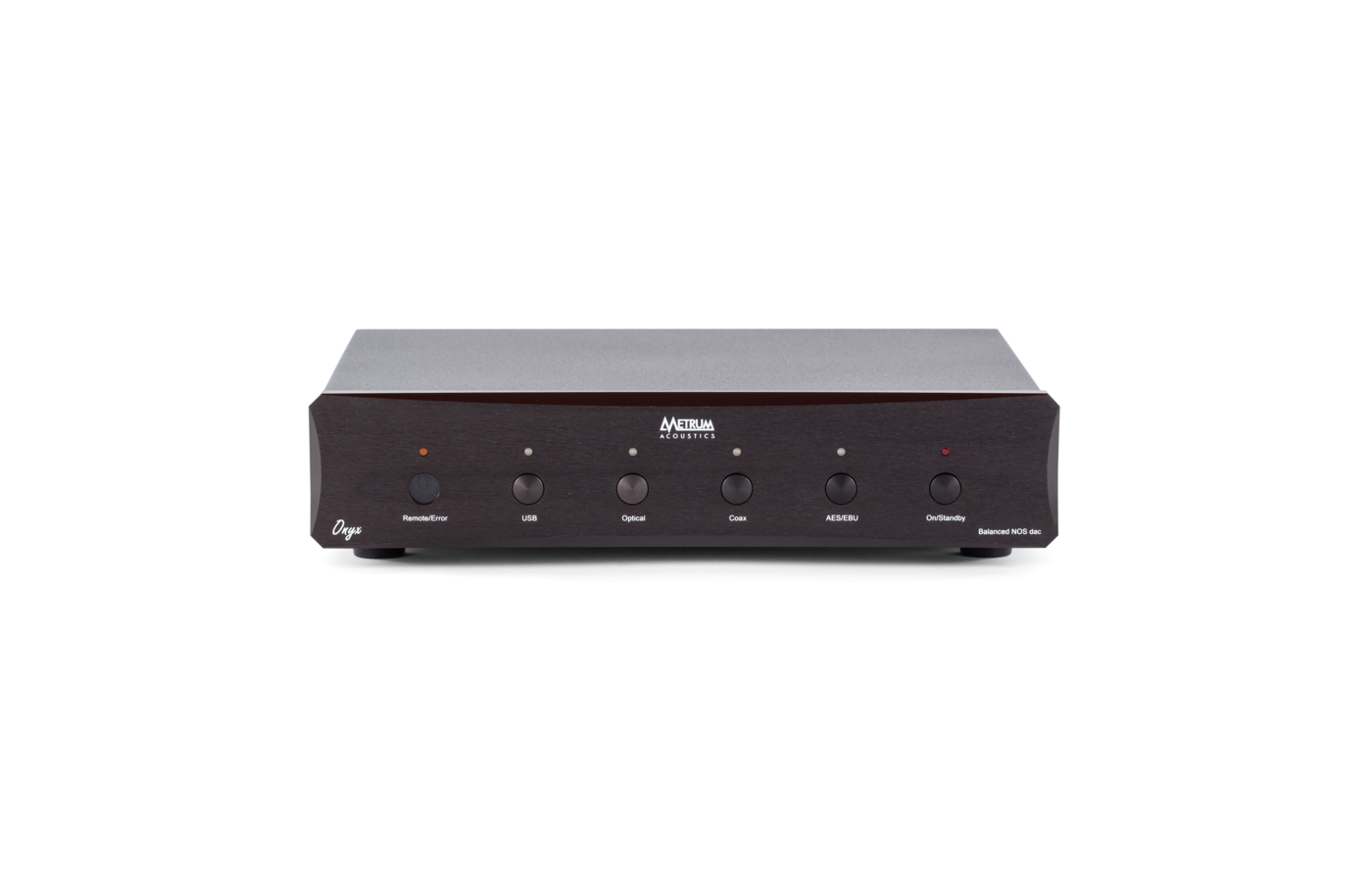 Due to chip shortage, Dac 3 option is temporarily not available!

With the goal of creating a mid range and affordable, yet superior DAC in mind Metrum Acoustics designed the ONYX. It was an unprecedented challenge, which was eventually solved by using an entirely new chip, which has been exclusively developed by Metrum Acoustics and was first used in the PAVANE.

The parallel FPGA driven R2R ladder networks as used in the four DAC TWO modules performs on a higher level. These modules splits up the audio samples for each channel into new separate data streams. Each DAC cluster processes a portion of the data in the most linear region of the DAC chips. The result of this process is an extremely high linearity, right down to -145 dB, which gives the ONYX a realistic 24 bit dynamic range. Due to the dual mono design over the entire frequency range an extremely high channel separation of 120 dB is realized. This contributes to the flawless positioning of instruments.

In short, the ONYX is a DAC that has taken all the lessons and experiences that Metrum Acoustics has learned over the years, and combined them in an ambitious DAC that can fit in every system. It is musical, honors the Non-oversampling principle while simultaneously incorporating the technological progress that has been made over the years

BLACK COLOUR TEMPORARILY OUT OF STOCK, Ask for availability.

Non EU? Tax will be excluded after entering delivery address on checkout.

Customers who bought this product: